No Situation is Hopeless 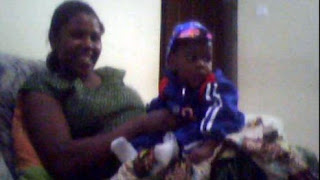 Mark 16:15, He said to them, “Go into all the world and preach the good news to all creation.” We had our first two months evangelism in Dar-es salaam, Tanzania, among youths. It was awesome. Holy Spirit moved mightily. The life was transformed. God gave wonderful miracle to a young couple whose one year old baby girl Glory was unable to move her body (paralyzed). Now that child is sitting, kicking, moving and smiling.
Praise God

I am set apart

God has called each one of us to be more than conquerors
God calls us peculiar generation
God calls us royal priests
God calls us heads not the tails
Say- I am set apart
Say – I am head not the tail
If I ask you to make a list about the qualities of yours, you will find yourself unique
Right
Actually your qualities are result of your confidence
Do you know that confidence is the answer to all our failures
If we take two people, one with less knowledge but high level of confidence and another with more knowledge but low level of confidence.
What do you think  who will have more success?
Definitely the one with more confidence
Why?
Because:
1.   The more confident person will act boldly
2.   The more confident person learns from the past mistakes
3.   The less confident person prefers to be calm and mostly he misses the leadership qualities
But here I have a question
How are we going to become more confident?
Read Romans 10:17
If you have faith in the word of God you will have confidence
Say- God guides me, he provides me
Say – I am a leader
Read Philipians 4:19
Look at your situation
You may have any type of need, but now remember the word that your God will supply all your need.
Here is your solution. The word which you have heard will create confidence in you
Say – I am creating confidence in me
Say – I am set apart
That means your confidence is the direct cause of your action
That also means, if you are lacking the confidence in doing something, you have to have faith in the word that you can do anything by Christ who strengthens you, and then you need to take an action.
Look at this formula of CARS
It will drive you on the track
Say – I am on my right track at the right time
Everyone likes cars
Right
Here's the formula, Confidence = Action + Risk + Success
James 2:17
We all say we have faith but we don’t take action or we doubt in the word of God
That is why many blessings which are ours remain away from us
Most people murmur and do not achieve success in their lives, because they fear to take action and adopt a life of failure
But today I have come to tell you that success or failure is nothing but mere a state of mind.
Say – failure is the state of mind so is success
Say – I am successful
If you want to be confident, then you have to take an action
Run. Do. Move. Study. Risk. Decide. Choose. Succeed.
Persevere. Go. Believe. Jump. Create. Build. Draw.
Speak. Live. Love. Be. Give. Accept. Write.
Say – I am taking action that’s why I am confident
Say - I am set apart
Pray for confidence and success in every areas of life
Pray
God as we are sharing Jesus we declare that people are ready to accept Jesus and many soul will come in His Kingdom and become His disciples
Amen
Posted by Neeta Nigam at 9:22 PM No comments: